The “Visu-IT! Name Checker/Builder” component can be used to support arbitrary naming conventions:

The creation Rule for a name can be derived from corresponding Patterns. It’s possible to define different Patterns for different use cases. The user can select the correct Pattern for his needs.
Each Pattern may consist of variable and fixed elements. The variable elements will be taken from Catalogs. The Catalogs will be referenced from the Patterns. Catalogs have a variable number of catalog entries. The Catalogs are also defined in the XML configuration file or in the database.
Because of the flexibility of the tool it can be used to check every naming convention which can be mapped to the Pattern/Catalog concept, e.g. the AUTOSAR naming convention will be supported. 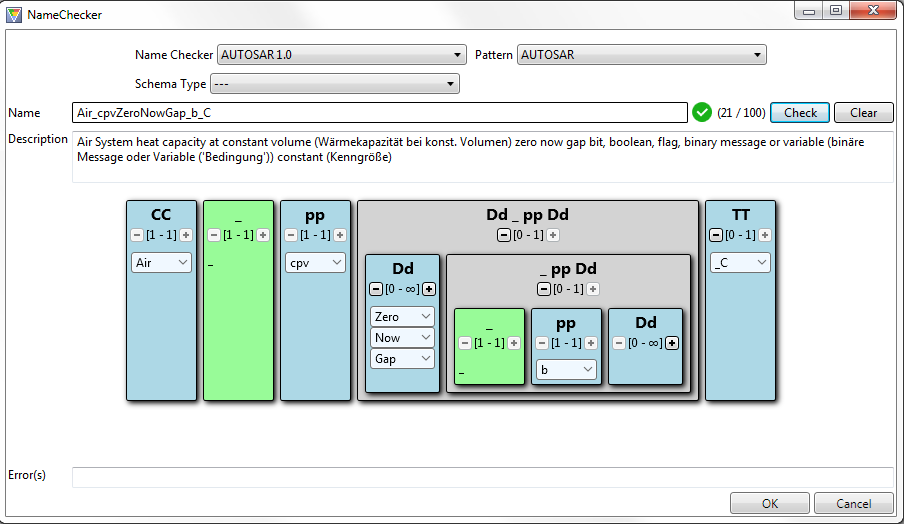 The Name Checker/Builder can be used as

In addition to that, the Visu-IT! Name Checker/Builder can be used with or without a central database. It is also possible to switch between online mode (with central database) and offline mode (use local XML configuration).

To give an example, we have built a sample configuration which follows Autosar like naming rules.
You can download this

Autosar like Name Checker/Builder as a free demo version.