The following diagram shows the .NET components of the VITLib: 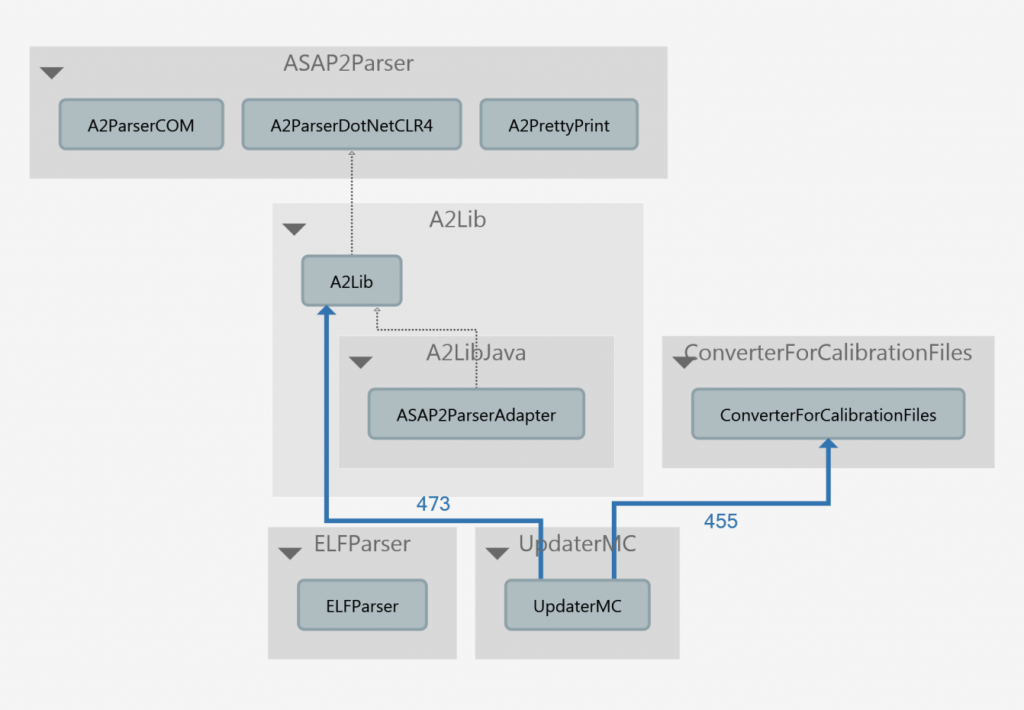 In addition to the .NET components, there is also a Java jar file that provides the interface to the Java world. It is directly connected to the ASAP2ParserAdapter component in the above diagram.

The Visu-IT! ASAP2 Library is a software component which allows to:

The CDF-Reader/Writer component is able to read and write files with the following formats:

Copyright   Visu-IT! GmbH   2021 - All Rights Reserved
Back To Top
×
We use cookies to ensure that we give you the best experience on our website. If you continue to use this site we will assume that you are happy with it.OKPrivacy policy